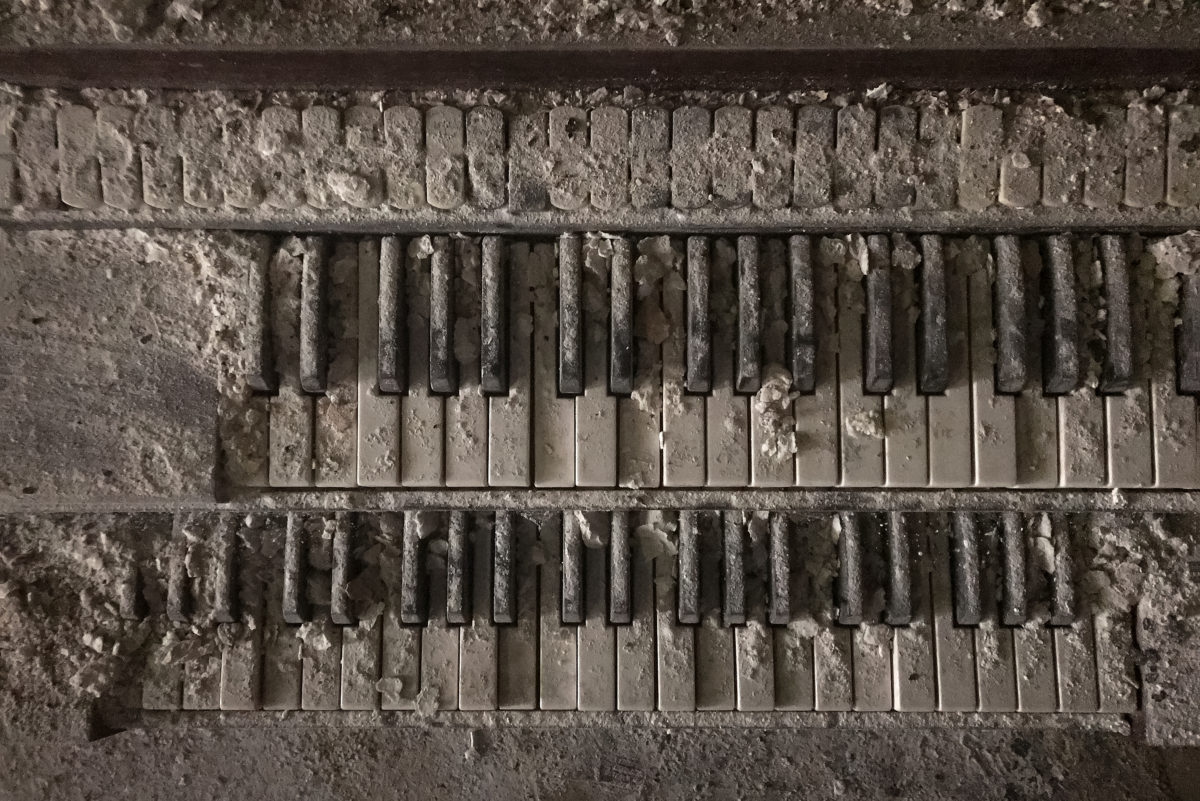 An organ inside of the abandoned Saints Peter and Paul Roman Catholic Church in the East Liberty neighborhood of Pittsburgh sits covered by years of dust and dirt.⁠
⁠
Constructed in 1891, it was closed by the Catholic diocese in a 1992 reconsolidation. There was an effort in the late-1990s to reuse it with the addition of an associated charter school but it did not succeed. ⁠
⁠
The 10,405 square ft church was last used for regular Catholic worship in 1992. In 2018, the East Liberty Development Inc.(EDLI) was granted conservatorship. In 2019, ELDI initiated a public brainstorming for a feasible reuse working with local groups and the Philadelphia-based Partners for Sacred Places.⁠

The church is designated a Historic Landmark by the Pittsburgh History & Landmarks Foundation.