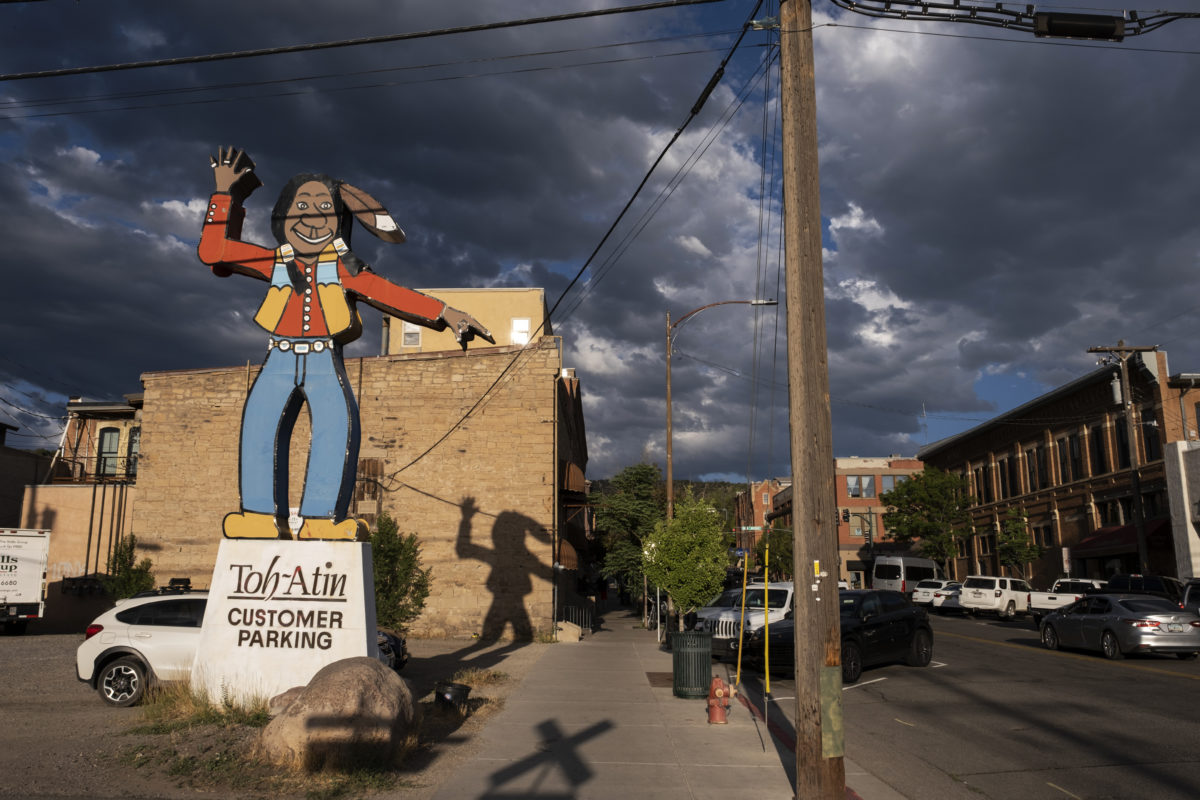 The large “Chief” sign stands adjacent to the railroad tracks in historic downtown Durango, Colo., an advertisement for the Toh-Atin Gallery across the street.

The sign depicts a Native American man, clad in blue jeans and vest, which many see as a caricature perpetuating harmful racial stereotypes. The debate over the future of the “Chief” is now in the community spotlight due to a set of petitions circulating on change.org; one in favor of keeping the historic sign, and other signaling that the “Chiefs” time is up — asking for its removal.

The sign dates back over half a century, when it was first commissioned to advertise The Chief Diner on North Main Ave. In the 1980s the sign was purchased by Jackson Clark, owner of the Toh-Atin Gallery, and moved to its present location.