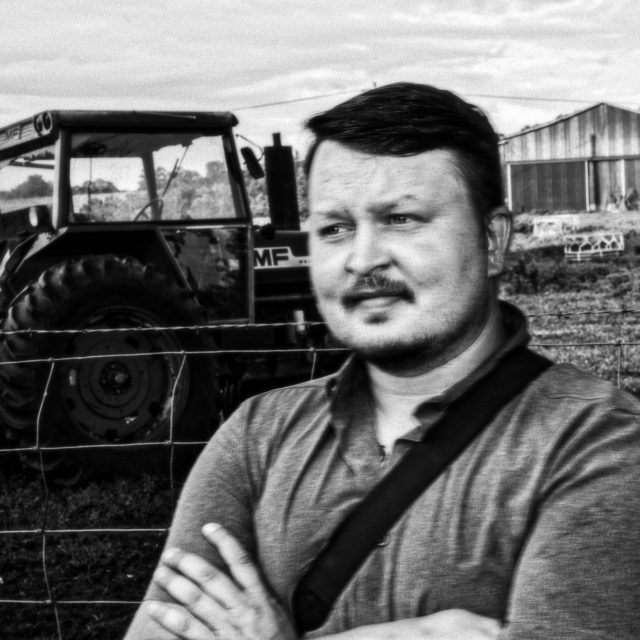 James Year is a freelance photojournalist currently based in Northern Kentucky. Straight off the family farm in northwest Iowa, James joined the United States Air ForceUSAF as a C-130 Loadmaster in 2008. That journey took him across the world, kicking paratroopers out of airplanes, participating in international training operations, supporting contingency operations in Libya, and moving beans and bullets from base to base. He set foot in 42 countries, all the while experiencing an overwhelming assortment of different cultures across Europe, Africa, and the Middle East. And he learned how to use a camera along the way.

His newfound passion for photography eventually led him to the Daily Iowan, where he worked as a staff photographer while pursuing his undergraduate degree in Sociology at the University of Iowa. While in Iowa City, James found opportunities to put his past military experiences into a clearer perspective, and inform his photography through a sociological viewpoint. He started to develop a voice and was given direction thanks to the Daily Iowan photo coach and VII Photographer, Danny Wilcox-Frazier. Between the daily assignment work and covering nightlife, small business, LGBT, heavy metal, and veteran communities in the area, James found no shortage of avenues for storytelling, projects, and creative exploration.

During his 18 month stint at the Daily Iowan, from 2017 to 2018, James won two Hearst awards, five Iowa Newspaper awards, the 2019 Great Plains Dan Harrison Memorial Student Photographer of the Year Award, and the 2018 Associated Collegiate Press’s Environmental Portrait of the Year.

More recently, in 2020, he received an award of excellence from College Photographer of the Year in the feature category. Aside from the Daily Iowan, his work has been published in The Cedar Rapids Gazette, ESPN, and National Geographic.

After graduating from the University of Iowa in 2018, James decided to pursue his Master’s at Ohio University’s Visual Communications program. There he learned advanced storytelling, photo editing, audio, video, and design skills, all while covering rural stories and documentary essays in Appalachia. When the Covid-19 outbreak reached the United States, he decided to defer his education for a year. Instead, he chose to spend time with family and work for the United States Postal Service during the pandemic.

In June 2021, James moved to Northern Kentucky to begin his photojournalism work as a Reinke Grant recipient for Boyd’s Station, a nonprofit focused on documenting Harrison County, Kentucky. He is currently covering agriculture and the local meatpacking industry, and looks forward to covering labor and automation stories after his transfer to the Newhouse School of Public Communication in Syracuse, New York in the fall of 2021.